74th Edition: what do we already know?

The festival will announce the official selection on 3 June at the press conference, which you can follow here. In the meantime, let's take stock of what we already know.

The Festival de Cannes inaugurates this new decade with an outstanding President of the Jury. Loyal to his commitments, Spike Lee promised to support the festival on its return to the Croisette. The American director is one of the greatest of his generation and has many other strings to his bow: screenwriter, actor, editor and producer. For 30 years, the tireless Spike Lee has been an astute chronicler of the questionings of his time, with a resolutely contemporary approach that is never without a dash of levity and entertainment.

Un Certain regard refocuses on its origin

Stéphanie Lamome, Christian Jeune and Thierry Frémaux refocus Un Certain Regard on its inner goal. This means we have to expect young filmmakers and innovative and personal films that we only see in a cinema. On another side, the festival will organize out-of-competition screenings in the Debussy auditorium and more "midnight screenings", live events and screenings on the beach. The Cineum, a brand new and splendid multiplex in Cannes, will open just in time for the festival and host some screenings.

The festival intends to start the third decade of the 21st century with a solid commitment to environmental responsibility and action. Twelve commitments will be taken, according to the 12 days of the festival. Among them, the total elimination of plastic water bottles or the introduction of an environmental contribution of €20 (excl. VAT) from festival-goers to compensate for the footprint of their travel and accommodation.

Moreover, Thierry Frémaux announced in his interview with Variety a special mini-program dedicated to films and documentaries about the environment. 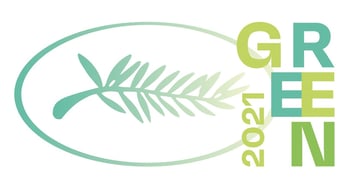 Do we have to be vaccinated to attend?

Like all events with more than 1,000 people, the festival will be accessible to those with a health pass, meaning people who are fully vaccinated or have a negative PCR test or immunity to COVID-19 that dates back more than 15 days and less than six months. As for the rest, the event will put public measures in place in July. Not forgetting the virus, the festival will have to be disciplined and respect the basic steps, masks and considering others. There will be dinners but with tables of six people maximum. Cannes wants to be reasonable and responsible.

The Director's Fortnight will be held in Cannes from 7 to 17 July 2021 and unveiled its poster. The image, by photographer and filmmaker Daniel Mercadante, is part of his series “The Enchanted Forest”, and was created through a process that combines long exposure photography, light projection and juxtapositions. 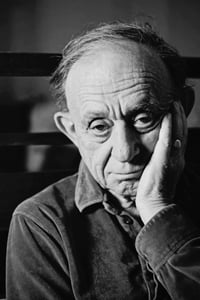 After honouring filmmakers such as John Carpenter and Martin Scorsese during its two previous editions, the Directors' Fortnight will award its traditional Golden Coach (Carrosse d'Or) to documentary filmmaker Frederick Wiseman during the opening ceremony of its next edition.

Don't miss any information anymore, follow the festival on Moonday!