Cinema & audiovisual: ready to tackle bias on all levels

The amount of bias and power imbalance in the film and tv industry on all levels, including the reporting of film is a nonsense. In this regard, a word just leapt into debate. Intersectionality is a concept aimed at revealing the plurality of discriminations. The term has been quite popular in the academic world for years. In the film and tv industry, it arises and unveils solutions we need to create lasting structural changes across the system. It’s time to get up the service!

“Creating the New Normal: Intersectionality in the Film Industry” is the title of a panel hosted earlier this week together by The Swedish Film Institute and the Festival de Cannes. A panel on inclusion in the film industry, as a follow up on the progress of the 5050x2020 movement (launched in Cannes in 2016). Anna Serner of the SFI, Emilia Roig of the Center for Intersectional Justice, and The Black List’s Franklin Leonard* discussed paths toward an inclusive future for the film industry, where the creativity and business acumen of all its stakeholders is fully realized, without prejudice and bias. The conversation was moderated by the journalist Kaleem Aftab with whom we personally spoke afterward (and who wore a fine t-shirt for the occasion).

"If the film & tv industry changes, it will make more money"

“A lot of ideas were put forward in a way that was easy for people to understand and the panelists showed solidarity with each other”, says Kaleem. At Moonday, that is the kind of energy we need! Because we believe the industry must evolve. We believe that leadership has to be reinvented in order to reflect all audiences in the cinema and audiovisual sector. How to to tackle structural and systemic racism in our industry? By analyzing companies and looking at numbers and facts. This industry can only be sustainable if we talk and understand what stereotype, diversity and inclusion are. Let’s see a bigger picture. As Franklin Leonard said, obviously, with more diversity, industry will make more money. "Not that I'm a capitalist, but by re-tooling the film industry so that people who are making content look like the audience that's consuming it, you have a really good chance of doing well financially by doing good ethically."

We need in-depth analysis of the roles. “In order to deconstruct the narrative, we need to understand them. People need to start understand where the problems are and need analysts to help them”, said also Anna Serner, “If you do not have the power, continue to ask questions! I think that you should be on the decision makers all the time, asking them why they’re not doing anything – because there are no excuses for not doing anything."

“There are no excuses
for not doing anything”

Intersectionality is about changing  everything where there is bias

“In 10 years, industry will change. It just needs focus minds and determination.” Film critic, producer and strategist, Kaleem Aftab is not just another moderator, Kaleem became an activist and campaign agitator in the matter at hand today, “equality is a term that we used for such a long time and we’ve seen that creating equality is almost impossible. What intersectionality realizes is that everybody has bias. We all have different perspectives and it makes a person an individual. Intersectionality tries to eliminate bias.” 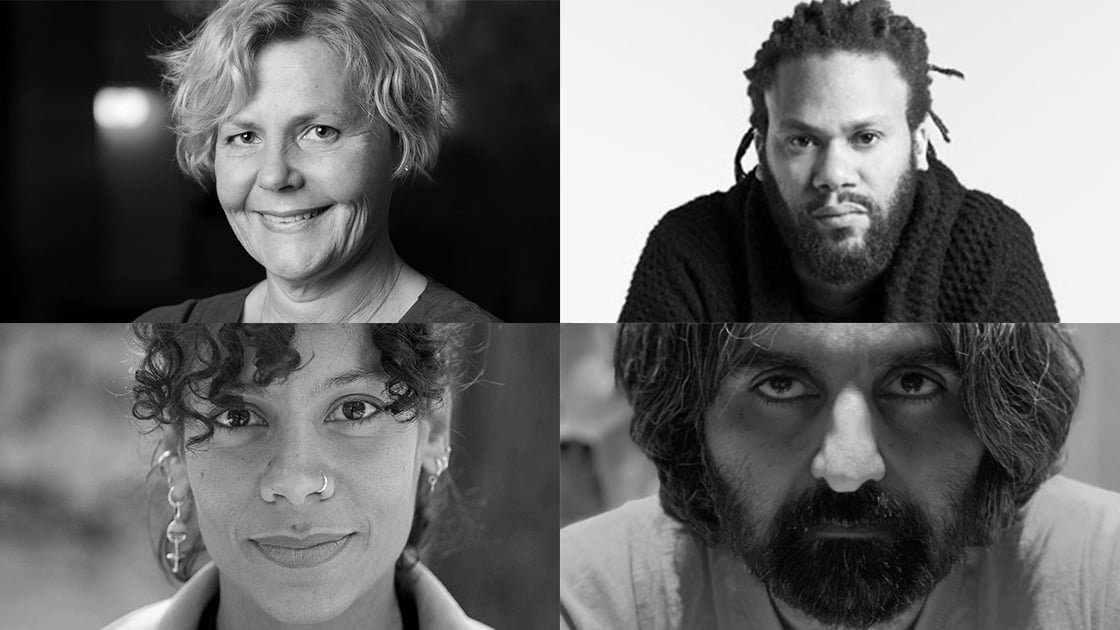 “We normally talk about feminism, racism, homophobia, bias against the disable, or classes, etc. But today we recognize that the solution is not to have separate solutions regarding all of these groups, the solution is to look at how we create systems and then change the system that exists today. So that bias can be removed and that everyone, no matter who you are, has an opportunity”, continues Kaleem. As for Cannes talking about it, the journalist recognizes the meaning of it, “Cannes has a big role in pushing what can happen in the film industry. I don’t think Cannes has never been good to talk about racism, and if this is a way for Cannes to start interacting with racism and homophobia, etc. to start tackling these issues, than I think it’s a good think. In society, we are so far behind that we need to do a major shift. We need to correct hundreds if not thousand years of prejudice. And one way of doing that is to put in numbers. To say ‘you must change, this is how you change’”.

This change was approached in a very interesting way by Emilia Roig when she suggested to professionals from the tv & cinema industry to “let go of the world view that they believe to be true. You don't need to hold on to that. No one asked you to. And let go of your privilege. This can also be liberating for people who belong to the invisible norm.” And let’s admit it, she is right, “oppression is good for no one."

“You don’t need to hold
on your privilege.”

* Since 2005, each December, the Black List releases its annual list, a survey of the most liked unproduced screenplays of that year. The annual lists are aggregated using votes from film executives working in the film industry. The annual lists have included such Oscar winning films as Juno, The King’s Speech and Argo.