Film Festivals. To go digital or not to go ?

The film industry is severely impacted by the COVID-19 global health crisis. Theaters were shut down and large events are not allowed and canceled in many countries. But many festivals continue to explore further options.

The big question is “to go digital or not to go?” Earlier this month, organizers behind Germany’s Munich Film Festival decided to completely call off the annual event rather than postpone it or go digital - a choice made regarding rights, piracy and accessibility. So, yes, film festivals are facing a great dilemma. Some cancel their events while others - such as South by Southwest® (SXSW®)  - stream their programs online. Others don't even know yet how to react… Clearly, the fall festivals could all get canceled and we still have to wait to have a clear vision and a fresh perspective. At Moonday, we still want to help cinema and audiovisual professionals in their daily work whether festivals take place offline, as usual, or not. We support many initiatives as the world changes because today more than ever, rights landscape can be overwhelming and complex. 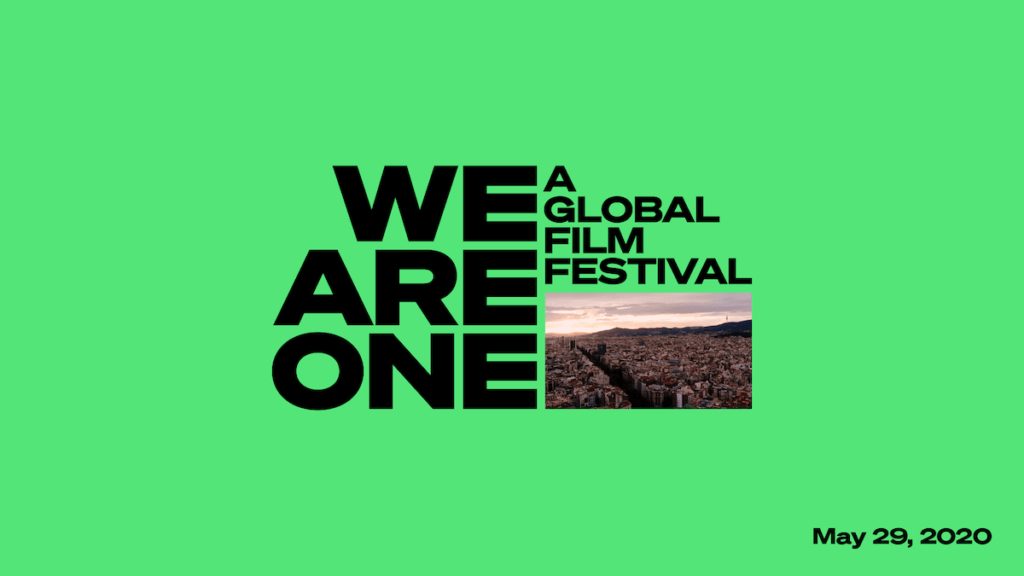 We ARE ONE, a Global Film Festival

The online festival is set to run from 29 May-7 June, 2020, and will be available freely, with no ads, at youtube.com/weareone. The full schedule - which include feature films, shorts, documentaries, music, comedies and panel discussions - of the We Are One fest will be available in the coming weeks. Note that this is a “charity” festival as any profit will benefit the World Health Organization and local orgs in regions globally (regionals organisations globally/local organisations globally?). Also, viewers will be asked to make donations for COVID-19 relief. We must say we are very much intrigued as to how there will be any sort of curatorship involved, as the festivals themselves are extremely diverse. Indeed, we can ask ourselves how this event will function as a whole from a curatorial standpoint. Anyway, we still need to see which direction We Are One will follow. In any case, at Moonday, as a solution for cinema professionals, we think it is a reassuring and positive first step.

Many measures have been taken to support the audiovisual industry

We cannot be blind. The cinema and its industries are threatened. Together, with the whole cinema industry, we will have to renovate and reawaken the power of our sector with unity and solidarity. In this regard, We Are One Festival is promising. During these exceptional times, many measures have been taken to support the audiovisual industry and it is difficult to track information about every step taken. Regarding this complex landscape,  European Audiovisual Observatory  decided to publish on its website a freely downloadable Excel table with every measure sorted by different categories. Plus, as an on-going research, we can expect even more measures to be added to the list…

At Moonday, we make cinema professionals rethink their way of working with new tools in order to support the sector in his whole, to discover new films and help artists, professionals, theaters and their audiences. Since the COVID-19 came into our lives, lots of distribution companies took the initiative to make films available on VOD platforms. That’s the kind of solidarity we all root for. However, the whole mess can sometimes gets you confused. Moonday and its Pipeline are here to help you get a clearer view. You can organise the projects you’re interested in and move them from one category to another by a simple drag and drop. Offering you the best possible service is one of our priorities, and Moonday has a few surprises in store for you. Our team of developers is working on some great new tools to bring simplicity and efficiency to your daily business life. Be ready to welcome these cool updates in the coming weeks! And thanks to Moonday, you'll be able to organise your festival online and enjoy the event and its opportunities at their most. Find more about Moonday and its other helpful features here.

At the end of the day the goal will always be the same: the directors has to make movies.