Listed among the best films of 2020, according to Time Magazine, The Guardian, Rolling Stone Magazine and even to the former US President Barack Obama, Alexander Nanau's Colectiv is the Romanian proposal for the 2021 Oscars. This documentary follows a crack team of investigators at the Romanian newspaper Gazeta Sporturilor as they try to uncover a vast health-care fraud that enriched moguls and politicians and led to the deaths of victims of the Colectiv nightclub fire.

How could you explain that Colectiv, which deals with a national and specific subject, has such an impact on the international scale?
Alexander Nanau (director and producer): On the society level, Colectiv’s story resonates with the mistrust people have towards their own societies. Since 2016 and the rise of populism (Donald Trump became President, Marine Lepen was closed to win the French election…) people live with the constant fear that our democracies could be destroyed very fast. As we have seen on the 6th of January and the capitol riot in the United States, it took only one wrong leader and only four years to destroy a democracy as old as it is. Colectiv contains many elements shared by all our societies and democracies (no matter they are old, young, developed, developing…)
Bernard Michaux (Samsa Film's producer): It’s a documentary and a political movie but not only about Romania. It deals with universal subjects. From the beginning, we thought about concentrating the communication on the whistleblowers and the investigative side. Current themes that concern the whole world, especially the United States and the Trump mandate. I think that every viewer recognizes its own government, or some aspects of its government, through Colectiv. Also, I believe that its double selection in Venice and Toronto festivals helped us spread the documentary. Thanks to significant supporters (these include Tom Powers - one of the founding partners of Toronto –, Ryan Werner – one of the biggest PR Agents in the US – and Claudia Tomassini – Italian PR agent), we were able to sell Colectiv to Magnolia Pictures and Participant that really believe in the documentary, and they have always seen its potential.

Documentaries are no longer limited to TV screenings but are more and more released in theatres and on VOD platforms. How could you explain this positive evolution?

A.N.: It’s hard to say. In a world where manipulation is so common, I think that the documentary satisfies a need for truth and an objective representation of reality. Moreover, the way documentaries are shooted today are becoming more and more cinematic. And, of course, VOD platforms allow people to access those productions easily. That is a crucial step forward, because all countries don’t have a big cinema culture like in France or in the US. In Romania, for example, people don’t go to theatres to see documentaries. The highest number of viewers for documentaries, until Colectiv was around 3.000 people after 3-4 weeks of screening in theatres. In our case, we have had only two weeks of screening because of the pandemic and the theatres’ closure. However, our documentary had 25.000 viewers in only two weeks. So it is a growing culture and I think it describes how people see the world and their lack of trust in the traditional media.
B.M.: I’m not a 100% documentary producer. But to answer your question, I think that, thanks to the streaming platforms, there is a certain freedom for directors to propose new formats and contents. In Colectiv's case, HBO has followed the project from its start. It was a fantastic collaboration because they were open to every proposal. The first contract signed between Alexander and HBO had a delivery date in 2017, but we soon realised that the movie required more editing. Our HBO co-producer, Hanka Kastelicova, understood our needs and gave us more freedom to operate. At one point, we even imagined making a series. It was no problem for her to change the format of the original product. It is a freedom we discovered with the streaming platforms and that we had never enjoyed before. 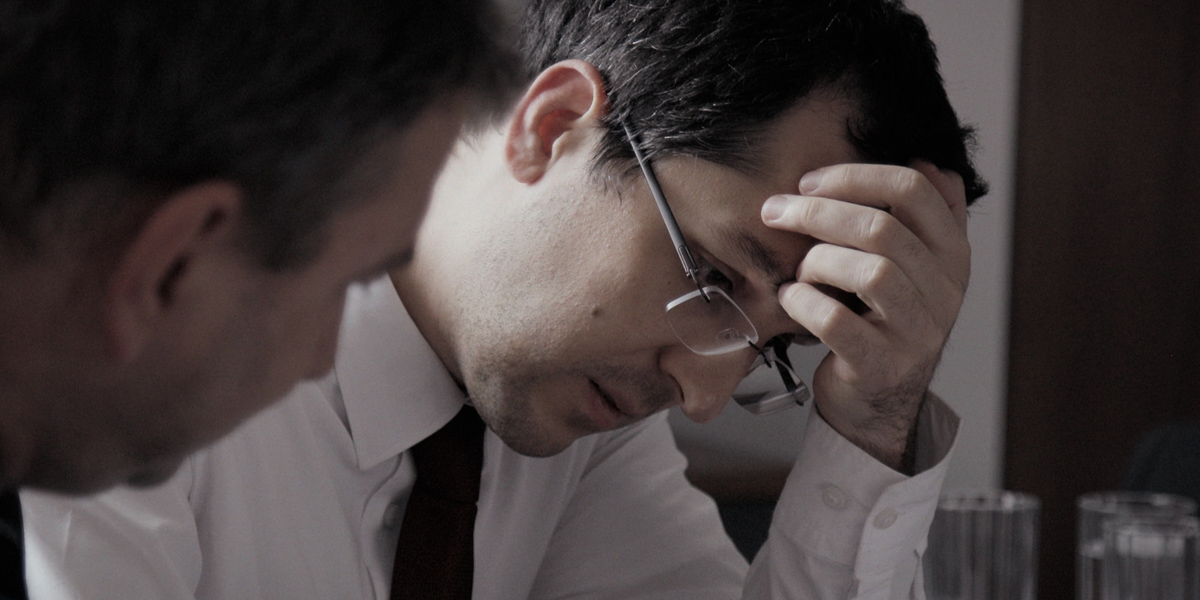 How is the international success of Colectiv observed by the Romanian authorities?

B. M.: The day after the "Independent Commission of Film Journalists" had decided to choose Colectiv as the Romania's proposal for the 2021 Oscars, some politicians wanted to change its decision. It was only because the international press had already reported it that the committee could not change the decision. But certainly, there have been attempts to reverse it. Moreover, during the filming, Alexander had his phone tapped. We were cautious with the filming equipment, with our communications, because we knew we were being spied on. For example, we never used the title Colectiv before its selection in Venice. We kept a low profile to avoid drawing attention to ourselves and the documentary production.
A.N.: Even the Romania Film Institute that usually gives a certain budget for films' Oscar campaigns tried to cut that amount by half. Finally, they decided to postpone what they were supposed to give us. They said: "we give you the first half now, and if you’re on the Oscars shortlist, we'll give you the second half." Which has never been done before. So it was apparent that the Romanian Film Center's director intended to give to the film as little help as possible. Moreover, no politician has reacted to the documentary's success. The first politician who talked about Colectiv against state corruption was Barack Obama.
Do you have the feeling that Colectiv is changing mentalities in Romania?
A.N.: It is tough to say because, as I said, the political sphere didn’t react to the film. There were no public debate or anything else. But what we can say it is that Colectiv is the most-watched film in Romania on HBO platform in 2020 (ahead of all Hollywood blockbusters) It is even the most-watched documentary on HBO Europe platform. So, we know that a lot of people have seen it. And what we can measure it that the whistleblowers' number went up by ten times after Colectiv's release. I have the impression viewers got inspired by Colectiv's whistleblowers' courage.
In a way, I don’t think that a film’s job is to change society. I believe that a movie is very personal and has to communicate with every viewer personally. If people ask themselves, by watching the film: who do I want to be? On which side of society? Then, the film has done its job well.

Find out the complete description of Colectiv on Moonday!