How are film distributors reacting to the health crisis?

Theaters are closed but the cinema continues to exist as we have discussed with cinema professionals. Tinne Bral and Christian Thomas from Imagine film and also Olivier Van den Broeck, who runs The Searchers, are distributors in Belgium. How are they reacting to this unprecedented and, above all, astounding crisis? The screen doesn't seem so black...

Theaters closed but also offices, drastically reduced cash flow, disruption of line-ups... The impact of the Coronavirus on the distribution business is multiple and gives rise to common and united thinking between professionals in the sector. Although it is still too early to define the concrete contours of this development, such as the extent of the damage, it is certain that nothing will ever be the same again. We must react in a hurry, adapt, readjust, and continue.  "At the moment, we're making a release list, but we may have to tear it up tomorrow. It's difficult to work in the abstract, and if theaters reopened on June 1st it would be too soon. We're not ready," says Tinne Bral. And Olivier Van den Broeck adds enthusiastically: "We had to change the model very quickly.  Which film will be released in theaters? When to choose VOD? What to do in the autumn? What deals to do with Telenet, Amazon, and other new partners? A whole mechanism was put in place almost immediately. And if there's one thing you have to remember, it's that audiences are asking for films. You can see that the value of a catalog rises. Before we used to estimate that three, four years after the release of a film, we had exploited almost everything, but today we see a much longer life. »

"If there's one thing you have to remember,

it's that audiences are asking for films."

Distributors have temporarily folded back to VOD. At Imagine, it is reserved for films released in theaters several weeks before the lockdown (and therefore having exhausted most of their potential) or, again, reserved for new, more targeted, niche films that would have been difficult to release in an uncertain and highly competitive market. "When cinemas reopen, in difficult conditions and far from their capacity, they will give priority to promising films - translation: studio films or, in the case of art-house films, films with a strong reputation," explains Christian Thomas. Are distributors happy with the results of this VOD? Yes, "there is reason to be delighted" and Tinne Bral was particularly enthusiastic about the success of a film like Adoration. But the revenue generated by Premium VOD has absolutely nothing to do with the revenue generated by the cinema. Christian Thomas explains: "we're talking in the best case scenario about a few thousand euros. For most of them (and I'm talking about all the independent distributors since we share our figures) they don't exceed €1000. Pocket money... It is a catastrophic situation for all independents. »
At The Searchers, too, films that require a theatrical release are temporarily blocked, and launching niche films on VOD is not their strategy at all. Niche films or art house films don't generally work well on VOD. Rather, VOD asks for films that resonate in a mainstream way. For the distributors, the exploitation chain is interrupted, and just like for the American majors, they cannot release all their films in VOD directly. "So the problem is an interruption in our business, at a time when all the films "available in our slate" are sold out (i.e. our slate really works like our stock)," continues Olivier. "Normally there are 4 months of exclusivity for the theaters. We shortened some windows because the theatrical career was abruptly interrupted. For example, on a film released in theaters 48 hours before the start of the lockdown, we found an exclusive deal for streaming with Amazon." If local platforms cannot generate considerable amounts, because the purchase of rights and the acquisition are very expensive and cannot be compensated by a few thousand euros of VOD, some deals with streamers and TVs are very interesting sales, as Olivier Van Den Broeck confirmed to us. 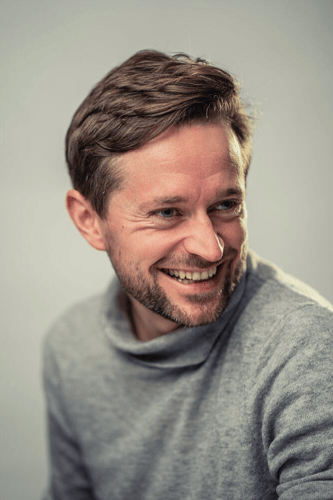 Majors vs. Independents, who's doing better?

In recent weeks, we have read in the trade press that independent distributors are finding it easier than studios to switch from theatrical releases to VOD because it is not easy for studios to cancel a theatrical release, while smaller distributors have discovered that they can be more flexible. But, in fact, it seems that the majors, with family and mainstream films, are doing quite well. It's impossible to know at this point because nobody has their numbers except for some indirect feedback from the platforms. Christian Thomas says "in the United States, Universal has alienated the biggest movie chain in the world (AMC which has decided to boycott Universal's films) after claiming very good results with their film TROLLS, released on VOD, and that from now on they would systematically practice Day-and-Date for their releases, which is a real revolution... But no big surprise when you know that Universal belongs to Comcast, the American Proximus..." But there's no debate here. The reality is such that distributors, big or small, are all doing just as badly. The absence of "box office receipts" has dug a hole that cannot be compensated for by VOD. Even if it has been on the rise lately, it has nothing to do with a successful theatrical career.

"some deals with streamers and TVs
are very interesting sales"

The cinema theaters are important, the distributors prefer to wait...

In the case of Imagine , the film The Good Wife, for example, released on March 11th, had taken the lead on new releases but was stopped in its tracks. For this film, VOD was never considered, "We therefore intend to release it in cinemas, but we will never achieve the results we could have hoped for after the theatrical release," Tinne Bral explains. This choice not to fall back entirely on VOD is important. The theaters want the distributors to give good content and exclusivity, and the distributors need the theaters. It's a reciprocal relationship. Imagine's four films released on Premium VOD are The Wild Goose Lake, Adoration, A White, White Day and Invisible Life . "These films are pretty good on VOD. On the other hand, the Japanese film The Girl Missing, which was due to be released on May 6, was shown online as part of the MOOOV festival and there we found that it's more difficult, ...  It's a film to be seen on the big screen, you don't have to get up to get something from the fridge. It's a film that gets the viewer's full attention, a film that deserves the theater." In a few days, the distributors will meet with the exhibitors. "We have to work together."  Distributors expect to live with restrictions for months, maybe a year, maybe more. Who knows? Tinne bral concludes, "For the end of the summer, we're saving some headlines! We'll have to get over our anxiety about each other when the theaters reopen, but I think moviegoers will still want to go to the movies! You can see that, during the confinement, citizens are "gorging" themselves with culture. »

The quality of existing catalogues

In every crisis, there are treasures to be discovered. "We are going through an intense and difficult period and that is when we discovered that our catalogues were more valuable than we thought," explains Olivier Van den Broeck. We asked him how he managed to keep an 'optimistic' mind in such a terrifying situation. He replies, "'Theatrical box office takings are at zero. So the question is how to make the best use of Pay TV rights, streaming, VOD, etc., and when a distributor has a good network, he realises the multitude of possibilities. There are quite a few deals to be made.  Even if we don't benefit directly from the success of the streamers, the public demand means that streamers and TV channels also have to feed their slate of films. The amount of our revenues is clearly decreasing, but we have at least realized our ability to be flexible and the value of our catalogue of older films has increased. "Olivier adds that "it's nice as a cinephile to see that it's the best films in terms of quality and not in terms of success that work best today. These are films that have received cult or classic status over the years. "For our part, at Moonday, we are delighted with this vision because we want to offer film professionals the opportunity to carry out all these deals in an efficient way, thanks to new tools but above all to the centralisation of data through the visibility of their complete catalogue and the links it creates between companies.

"we discovered that our catalogues
were more valuable than we thought"

During the renovation, the distribution remains open

We've had confirmation of this, the distributors are still working. On the one hand for online distribution, and on the other hand for film support, partnership development, signature deals, communication, media plans. A dynamic is taking shape, professionals are thinking together and drawing up plans to save their business. Is forced confinement beneficial in a way? Fears about the financial implications are too strong. But, at Moonday, more than ever, we want to encourage solidarity pacts, productive contracts, new encounters between professionals and you can see it in discussions with distributors, the hope of a change, of working together in partnerships is also there. The hope remains very strong.