As someone from the East (East Germany and Eastern Europe), Simone Baumann is used to cope with important changes and doesn´t have real fears. German Films’ managing director shared her expectations for the future of the cinema industry. 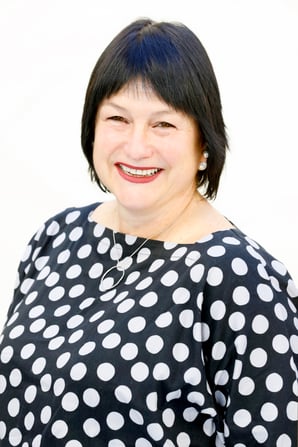 Moonday: How are dealing with the current situation considering the heavy burden that lies on your shoulders with respect to German filmmaking? Do you have a particular strategy or approach?

Simone Baumann : I think that future film promotion is not just the promotion of new German films, but also talent promotion of directors, actors, writers, directors of photography, editors, and other participants of the creative process. We should represent the potential of the German film industry. Of course our activities will focus on theatrical projects – so we will work with festivals (offline and online), film markets, but also industry programs like pitching sessions and initiatives like ACE and Torino Filmlab.

How is the landscape of independent films and films in general in your country?

Germany has a very strong production landscape and a lot of independent producers. Thanks to the good funding situation with the national film fund FFA, the regional film funds, and the Ministry of culture, we are producing up to 250 films per year (including documentaries) with theatrical releases. That is a lot, especially if we also consider that German TV doesn´t invest a lot into theatrical projects. The problem is not the quantity of films, but their quality. So many of these films don´t show a strong performance in German cinemas and a most of them don´t have any international release, not even a festival release.

What was the impact of the pandemic on your work?

It is a bit too early to evaluate the impact of the pandemic on the industry. A lot of projects will be finished later. The question of the possible releases of these films is very difficult to answer. In Germany cinemas are open, but mainly with strong health restrictions, which leads to very low attendance. Under these conditions it is very difficult to forecast the theatrical market. All of this also affects international promotion. We have to see how the festival circuit together with the attached film markets is going to work. We will have more hybrid formats. The way of distribution is going to change, and so on.

"Times are challenging,
but very interesting."

What are your fears and hopes for the film industry? How do you see the future?

As a person coming from the East, I am used to radical changes and I don´t have real fears. There is always a way to the future. I hope that this situation makes filmmakers think about their future projects, their subjects and their audiences. In our society, there is always a need for culture and also good films. Cinema will not die, but we have to adapt to unforseen ways of how films are being watched in the 21st century. We need more flexible ways of distribution as well as working with our communities. In terms of the number of films produced, less is probably more in the future.