Interview with Christophe Hermans, director of the movie feature "The Hive"

"The Hive", the first movie feature of Belgian director Christophe Hermans was released in Belgian cinemas on June 1st! Moonday had the chance to talk with the filmmaker about his movie and the main obstacles in the film industry today. 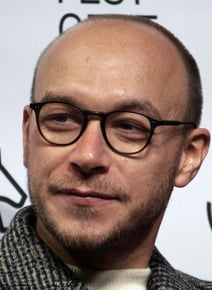 Moonday: You sometimes talk in documentary about the need for a director to deal with a subject.  What was your need in the context of "The Hive"?
Christophe Hermans: The necessity is that it tells the story of my own relationship with my mother. There is a need to talk about how a child or an adolescent carries a sick parent and the optics of the film was to show that the body of the child is built by the parents and that very often we must carry the psychological heritage of our parents.
You have often been rewarded for your previous productions, what were your expectations in the framework of "The Hive"?
My expectations were that the actresses would be recognized for their efforts. There was one prize that I wanted for this film and that was a prize for female interpretation, which we got twice for the role of Marion portrayed by Sophie Breyer.

How was the technical team built around "The Hive”?
I wanted to work with people who worked as much in fiction as in documentary, that's why I worked with a cinematographer who works on both sides. That was very important to me because it brings a freedom of filmic writing which was more like what I was looking for in the film.

Then there are other technicians with whom I was able to collaborate in the past, with whom we had already worked on short films and who made me want to continue the adventure with them. There are also other technicians that I have casted to find the most suitable people for the film.

For this movie you got the support of different partners; Wallimage, Creative Europe Media, Belga Film Fund, and so on. Was it easy to establish these partnerships?
We have trusted the production company Frakas Productions, which has its reputation. And then I think that there was a scenario on which they bet. They thought that it could make people think, that it could bring people to theaters and that it could work, so they trusted me.

What do you think are the main obstacles today in the process of making and distributing a feature film?
The biggest obstacles today I would say are the lack of financing on the one hand; it is difficult to financially edit films. And on the other hand for the making and the distribution it is always as complicated because people do not go to the cinema anymore.

There is a big gap that is being built and it is not specific to Belgium, it is a problem that is present everywhere in the world at the moment. These are the big platforms that today control the cinema. Also going to the cinema is becoming a bit of a luxury for many people.

“The Hive” is already quite succesful according to the media, do you know how many entries your movie has made so far?
The film so far has done 4600 entries. It's not much. It's very little, but today a Belgian film is said to do about 5500 entries. With the market as it is today after two years of Covid, we must expect this figure, whereas a few years ago we had films that made 10.000 to 15.000 entries. Whether it's "The Hive" or a film by the Dardenne brothers, we are all in the same situation.

How could this situation be reversed in your opinion?
We have to bring people back to movie theatres but in order to doing that we have to rebuild a link. A link between the public and the cinema but also a link between movie theatres and Belgian directors. We need to encourage directors to come and do previews with Belgian actors, so that the public can come and meet them. We must be able to rebuild a link around a film, and allow these cinemas not to always have to take big American productions in order to keep their cinema alive. They continue to try to put Belgian films on the screen but unfortunately the public continues to go to see Top Gun and Jurassic World.

Christophe Hermans is currently working on a new project which will be produced by Delphine Tomson, Jean-Pierre Dardenne and Luc Dardenne for Les Films du Fleuve. Make sure to follow Christophe Hermans on Moonday to be the first to know about his upcoming productions!