LUX AUDIENCE AWARD - Vote until May 23

3 films are competing for the Lux Audience Award 2021. Vote for your favorite before 23 May!

Another Round (Drunk) by Thomas Vinterberg

Four high school teachers consume alcohol on a daily basis to see how it affects their social and professional lives. 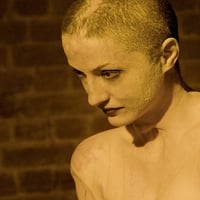 Director Alexander Nanau follows a crack team of investigators at the Romanian newspaper Gazeta Sporturilor as they try to uncover a vast health-care fraud that enriched moguls and politicians and led to the deaths of innocent citizens.

Daniel experiences a spiritual transformation in a detention center. Although his criminal record prevents him from applying to the seminary, he has no intention of giving up his dream and decides to minister a small-town parish.

The European Parliament and the European Film Academy (EFA), in partnership with the European Commission and Europa Cinemas, present a newly minted award - the LUX Audience Award.

It continues building bridges across Europe, as one of the LUX Prize's objectives, by shedding light on films that go to the heart of the European public debate.

The award aims at strengthening ties between politics and citizens, by inviting European audiences to become active protagonists by voting for their favourite films.