"In Norway, the landscape for films is hard"

We spoke to Stig Bech who has been in the audiovisual business since 1992 and is today CEO of  Filminvest.

As the film & tv industry is shaken by a global pandemic, festivals continue to take place, filming is gradually resuming and film & tv professionals are getting organized. We have met quite a few of them, as you can read in our interviews. In this article, we looked at Norway, the country of Liv Ullmann, Rolv Wesenlund, Jon Fosse, and other great talents. More specifically, we spoke to Stig Bech who has been in the audiovisual business since 1992 and is today CEO of  Filminvest, a regional film fund that supports and invests in development and production of feature films, television drama and computer games. 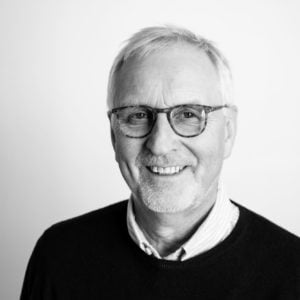 MOONDAY: You are responsible for almost all of the decision-making of local films ... How are you dealing with that? How would you describe your strategy?

Stig Bech : Filminvest is a regional film fund, owned by two counties, supporting the film and game producers in our region. Lately, some producers received (much needed) finacial support to bear the extra costs related to delays in production, or to develop new projects.

How is the landscape for independent films in your country?

The market of independent films is tough, especially for regional producers struggling with their budgets.

What is the impact of the pandemic on your work? What are your fears and hopes for the film industry?

All production stopped, the country closed down for a while and a lot of employees had to go home. However, some activities went on, such as development and postproduction. Norway has now opened up for travel and production, but under strong regulations. Cinemas can not use all of their seats, which reduces their income. Streaming channels are doing pretty fine, but producers can not live only from these. At the moment, the situation is deteriorating as the number of COVID-19 infections increases in several countries. I personnaly don't believe the situation will change until they find a vaccine. I am afraid that the virus will have lasting negative consequences on the film industry, until everything goes back to normal again (if this is even possible). Will we manage to attract our audiences to come back to the cinemas or will they stay at home and watch television? What about the business model, is it possible to make a living as an independent producer making your own films, or is service production the only way? The gaming industry has a better platform to work on. They work in small groups, they don't have to travel because distribution happens online.

Would you say that you're not really optimistic about the future?

I am not that optimistic in the short term, but hopefully, there will be a way out also for the film industry, most likely on a lower level.