2021 was a particular year in many ways: cinemas closed for part of the year, the Cannes festival in July, unprecedented resistance from Belgian cinemas at the end of the year... However, this did not prevent 2021 from being an excellent year in quantity and quality. The Moonday team couldn't resist giving you the ten films that thrilled us the most this year.

What about you? Which films made the biggest impression on you in 2021? 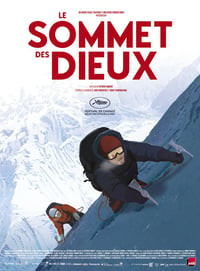 The Franco-Luxembourg adaptation of Jirō Taniguchi's manga by Patrick Imbert opens our ranking and is placed at the 10th position! Carried by a sumptuous direction and good word-of-mouth, Le sommet des Dieux (The Top of the Gods) has nearly reached 200,000 admissions in France against big productions such as Dune by Denis Villeneuve.

Synopsis: Kathmandu. Japanese photoreporter Fukamachi accidentally comes across a camera that may well have belonged to Mallory, a famous mountaineer who disappeared in 1924. But a stranger comes along and takes the camera before Fukamachi gets a chance to see if the film is still inside. When he gets back to Tokyo, the reporter finds out who the man was: Habu, a mysterious mountaineer who fell off the radar in 1985 after deserting an expedition to Everest with wounded pride.

9. The hand of God by Paolo Sorrentino 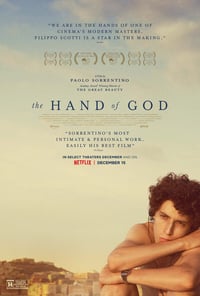 We were looking forward to this film, which Paolo Sorrentino himself described as his "most intimate and personal" and we were not disappointed! Elegant and masterful, The Hand of God is a nostalgic and tender ode to Naples. As in his previous works, we feel the influence of Fellini and Sorrentino's taste for aesthetics.A film to see, but above all to enjoy.

Synopsis: In 1987, the future filmmaker fulfilled his dream of attending a soccer match by his home team of Naples to see his hero, Argentine soccer maven Diego Maradona, in action. Sorrentino traveled to Tuscany to see the game while his parents stayed home. That night, they died from a carbon monoxide leak, one month shy of Sorrentino's 17th birthday. 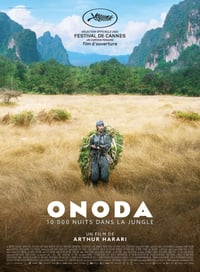 Arthur Harari made his mark by opening the Cannes section of Un Certain Regard, taking on a story so absurd that it can only be inspired by reality. Hiroo Onoda, a Japanese soldier, remained cloistered in the jungle for years after the surrender of Japan convinced that the Second World War was still going on. A 2h45 film about the hidden side of war, that of boredom, survival, camaraderie between soldiers. And yet, time does not pass.

Synopsis: In 1944, the young Japanese soldier Hiroo Onoda is sent to a small island in the Philippines where the Americans are set to land. His mission is to wage guerrilla warfare until the Japanese troops return. Refusing to accept the reality of Japan's capitulation, Onoda will only surrender 10,000 days later. 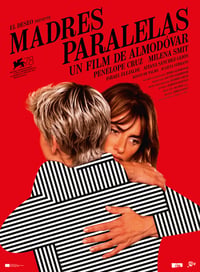 A social drama as we like it: settlements of scores, regressions and bright colours in very narrow shots. A work that is richer than it seems, about motherhood, of course, but also about transmission and identity. One of Pablo Almodovar's best films, in our humble opinion.

Synopsis: Two women, Janis and Ana, meet in a hospital room about to give birth. They are both single and have become pregnant by accident. Janis, a middle-aged woman, has no regrets and in the hours leading up to the birth she is deliriously happy. Ana, on the other hand, is a frightened, remorseful and traumatised teenager. Janis tries to cheer her up as they sleepwalk down the hospital corridor. The few words they exchange during these hours will create a very close bond between them, which chance will complicate in a way that will change both their lives. 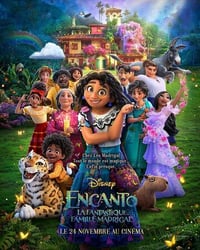 Encanto is Disney's new little gem. It takes you on a charming Colombian tale! Mirabel is part of the magical Madrigal family. But she is the only one without powers and when she discovers that her family's magic is threatened, she looks for a way to save her family and her encanto... Encanto is a magical enchantment that offers the spectator a profusion of colour that carries him away in intoxicating magic, punctuated by several musical treasures composed by Lin Manuel Miranda (fans of original soundtracks will understand the importance of the music since first note). A new classic that pays a moving tribute to the beauty of Colombian culture and family values, to be discovered at any age!


Synopsis: A young Colombian girl has to face the frustration of being the only member of her family without magical powers.

5. The Worst Person in the World by Joachim Trier 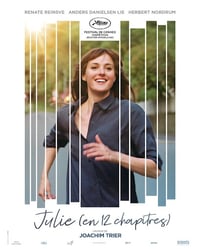 Did you think you were in for another expected and ridiculous romantic comedy when you went to see The Worst Person In the World? So were we, and we have to admit that we were wrong—a little gem of a film, where every scene is a surprise. Joachim Trier raises Julie's indecision to the rank of supreme quality and, at the same time, draws a portrait of our contemporary era. Cannes, Deauville, Toronto, Zurich, New York, Carthage, Sundance... the programmers were not mistaken either, giving the film a nice festival run before arriving in theatres.

Synopsis: It chronicles four years in the life of Julie, a young woman who navigates the troubled waters of her love life and struggles to find her career path, leading her to take a realistic look at who she really is. 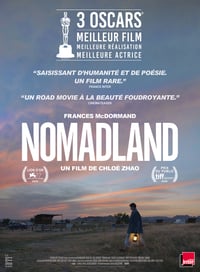 The 2020 Golden Lion, released in cinemas worldwide in 2021, made a strong impression on the team. Thanks to Frances McDormand's brilliant performance? No doubt, but not only that. Nomadland offers deep radiography of the United States and its relationship to marginality, precariousness and work. We are carried away by dizzying landscapes set to soft music while Chloé Zhao quietly redefines social cinema. A must-see on the big screen, if you haven't already done so!

Synopsis:Following the economic collapse of a company town in rural Nevada, Fern packs her van and sets off on the road exploring a life outside of conventional society as a modern-day nomad.

3. The Father by Florian Zeller 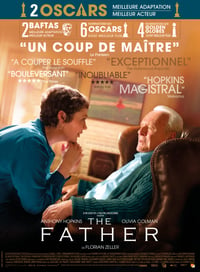 As we enter the top 3, we can start talking about a slap in the face. And what a slap it is with Florian Zeller's The Father!

A profoundly moving film, playing with the viewer's perception to make him understand the extent of the disease and its nasty side. Anthony Hopkins is masterful, of course, but we would like to highlight the performance of Olivia Colman, who has no reason to envy the talent of her fellow actor. The Father has become a reference film. All films dealing with the same subject now pale in comparison.

Synopsis: A man refuses all assistance from his daughter as he ages. As he tries to make sense of his changing circumstances, he begins to doubt his loved ones, his own mind and even the fabric of his reality. 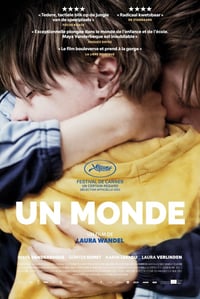 Filmed from a child's point of view and behind closed doors in a Brussels school, Playground is undoubtedly one of the team's biggest favourites this year! The two children are played by Maya Venderbeque and Günter Duret, whose talent we will follow closely! Their performance is enhanced by an exceptional sound aesthetic that plunges you into the playground, its games and especially its difficulties—a playground where the children's world echoes that of the adults.

Playground is the winner of the Fipresci Prize at Cannes in the Un Certain Regard section and the BFI First Feature Competition section. The first feature film by Belgian director Laura Wandel is now making its way; onto the Oscar shortlist for Best International Feature Film!

Synopsis: When she starts school, Nora is torn between her desire to help her brother who is being bullied, and the need to integrate into her new community. Caught between her father, who's encouraging her to react, and her brother, who's asking her to keep quiet, Nora is trapped in a conflict of loyalties. The fear of disappearing becomes the driving force for her to act and the need for recognition surpasses her commitments. She is initially loyal to her brother but Nora eventually betrays him in an attempt to safeguard her position in the rest of the community.

And the winner is... 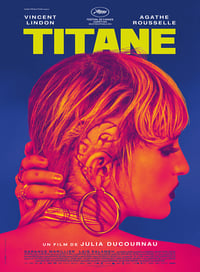 "Thank you to the jury for letting the monsters in," said Julia Ducournau when she was presented with the precious Palme d'Or. Indeed, this film is just like its main character: a monster in constant mutation.

Of course, Titane is not for all audiences and will destabilize the most hardened stomachs, but at Moonday, we love it! The young filmmaker films bodies and the blows they take with an artistic temperament that allows her to deliver an aesthetically superb film but pushes the limits of normativity.

Synopsis: Following a series of unexplained crimes, a father is reunited with the son who has been missing for 10 years. Titane : A metal highly resistant to heat and corrosion, with high tensile strength alloys..

Tags: Moonday, Films you will hear about