This week, we have had the opportunity to interview Stéphane Lambert, director and producer at Wishtrend Thailand, and Cyril Aubéry, Co-founder and head of Finance & Business Development at French production company 26Mille Films. Both talked to us about the challenges they have to face due to the pandemic, the projects they are currently working on and their hopes for the future. 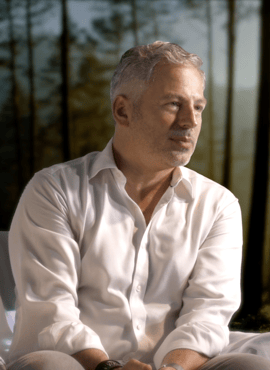 What are your concerns regarding the resurgence of Covid cases around the world and the impact that the pandemic still might have on your company activity?

S.L. (Wishtrend Thailand): Our company is based in Bangkok, Thailand. At the moment, the country is closed to people who are not Thai, which means that the production services offered to foreign companies coming to Thailand to shoot their film are at a standstill. The stronger the pandemic is, the less chance we have to quickly resume our activities. Today, there are almost no foreign shootings in Thailand, except for those that are managed remotely by Thai or local teams and talents.

C.A. (26Mille Films): We are a new production company created at the beginning of 2020. We are a team of 4 partners working with 15 people spread accross 3 countries: France, Canada and Columbia. The pandemic and the lockdown that followed appeared two months after our company was launched. From a strictly economic point of view, we had to adapt to the situation. We decided to work remotely, as digital tools allow us to do so. The resurgence of Covid cases has an impact on the nature of our projects, especially in the launching phase of a company like ours. All our projects have been slowed down, and when a project is finally being filmed, its release date ends up being postponed. This means that we had to refocus on our core business and leave little or less room for the arrival of new projects. In this context, the entire decision-making cycle is slowed down. We quickly understood that bringing our flagship projects to fruition would take longer. As a result, we worked on a slightly different organization and we developed new departments within the company. Besides our series department, we now have a feature film, a short film, a TV documentary and a music video department. Music videos are currently easier to develop because these projects are smaller: they are less expensive, so the risk is less important.

How are you preparing for the coming weeks and months?

S.L. (Wishtrend Thailand): We have adopted a proactive stance. We have just launched filminginthailand.com, a website that will help bring back foreign productions to Thailand. Any production company that wishes to take advantage of Thailand's reopening to foreign filmmakers can log on to this page and connect with us. We are an independent production company, we develop our own concepts and we also have this production services activity, for which we had several contracts which are still pending. I think most of them will simply be postponed. But I am very optimistic. When the country reopens, production is going to start again in an extraordinary way. I am confident that there will be a thirst for travel, freedom and creativity and we will all enjoy it. This means that foreign producers who want to come and shoot in Thailand must take a stand now because when the borders reopen, everyone will arrive at the same time. As far as Thailand is concerned, we know that a lot of American, Chinese and Indian societies are already waiting for the right to come to Thailand.

C.A. (26Mille Films): We use this lockdown period to move forward on the pre-production stage of our projects. This period allows us to cast secondary roles and to put together grant applications for the CNC (National Centre for Cinema and the Moving Image). We also try to raise funds from private investors, so that we can have a financial advance that will allow us to get back into pre-production as quickly as possible, without having to wait for a platform to grant us the necessary budget to start working on our project.

What impact has the pandemic had on your partners?

S.L. (Wishtrend Thailand): The impact is very clear. In Thailand, there is no government insurance. If you lose your job, you lose your income. As far as we are concerned, we are divided into two teams: the freelancers (people working on projects, mainly talents and technicians) and the administrative team, which is composed of several people working in accounting, production, or the legal field. There were no changes in the first months, but then salaries were reduced because there was no activity at all, and then we went back to project-based contracts with a very reduced team. These are projects that will almost certainly be filmed once the country reopens. But there is a terrible impact on the cinema industry here because there usually are 500 to 800 foreign shootings a year in Thailand. It employs thousands of people, who are used to working a lot but are running out of work since March.

C.A. (26Mille Films): We put into practice the government’s recommendations during our meetings with our partners and it's the same thing for our shootings. The different broadcasting companies we are working with are vigilant about limiting the number of contacts on the set, wearing masks, making tests, … That is also part of the reason why shootings are slowed down. We try to limit the number of contacts as much as possible, but as in all businesses, we have to meet people at some point. The situation is not unique to the film industry, this has led to a reorganization of a lot of sectors and has had an impact on the way we work, and how we interact with customers, suppliers, producers, and broadcasters.

What is the status of the projects you are working on?

S.L. (Wishtrend Thailand): We have to stay positive and proactive, and to prepare for the reopening of the country. Through filminginthailand.com, we have started discussions with new clients about new productions. We have 2 documentaries in the works, as well as two series, which we co-produce. We are willing to be in an advanced position once the borders open. We also have our own projects in development. For instance, a French film called Hmongs, focusing on tribes living in Laos and on the border with Thailand. 80% of it will be shot in Thailand, in the jungle. We are currently preparing the shooting, we are looking for filming locations, we are casting actors, ... Everything we can do here in Thailand. But the director, the title roles and the co-producers are French, and as long as they can't come to Thailand, we won't be able to move on. Our second film project is a Thai production, Lost in Mandalay, which is a remake of a Thai film from the 80s. It was supposed to be shot last summer in Burma, but the situation is worse than in Europe over there, so we are trying to redirect the script towards Thailand. We are also working on the adaptation of a French series for the Thai TV, which will be released in mid-2021. We also have a documentary that I directed, EThi, which tells the story of the family of a very famous fortune-teller. The documentary is currently in post-production. Last but not least, we have a biopic about a great Asian political figure in the works.

C.A. (26Mille Films): We have several projects in development, in the various departments we have developed. We have two series in the works, one of which is almost accomplished. There are plenty of ways to move projects forward. In some cases, we have decided to make associations, i.e. co-productions, because one can consider that we are stronger together than alone. In some other cases, we have asked our agent to present and defend our projects to the broadcasters. As we are a young company, we have a lot of projects that are in development. We are currently working on a tv documentary, which requires to compile, to find archive images, to negotiate rights with the rights holders, ... We have also taken up other projects, including a feature film with Belgian authors, and we have a short film in the pipeline. The projects that have the fastest decision-making cycle and are easily completed are music videos. We developed this activity this summer and we have worked on about ten projects for the last 3 or 4 months.

S.L. (Wishtrend Thailand): 2020 was a terrible year, but I choose to stay positive because it allowed us to take a break and to realize how important health is, how important it is to have a balanced life. I think we will have to wait until June or July of next year to see something different happen. Until then, we have to survive.

C.A. (26Mille Films): I don't think that anyone in the industry has been confronted with this kind of situation before, with projects taking a long time to be completed, and others being canceled. The pandemic is affecting our sector and is leading to a paradigm shift. We have seen it with the increasing number of subscribers on SVOD platforms, which buy catalogs, while we are in need of new content. Paradoxically, generating this new content takes much longer to produce, due to the constraints inherent to the pandemic. We're in a somewhat odd situation where the traditional modes of film distribution and broadcasting are heavily impacted. A whole structure is being reworked. We have to stay positive and to try to adapt and find new ways of broadcasting.